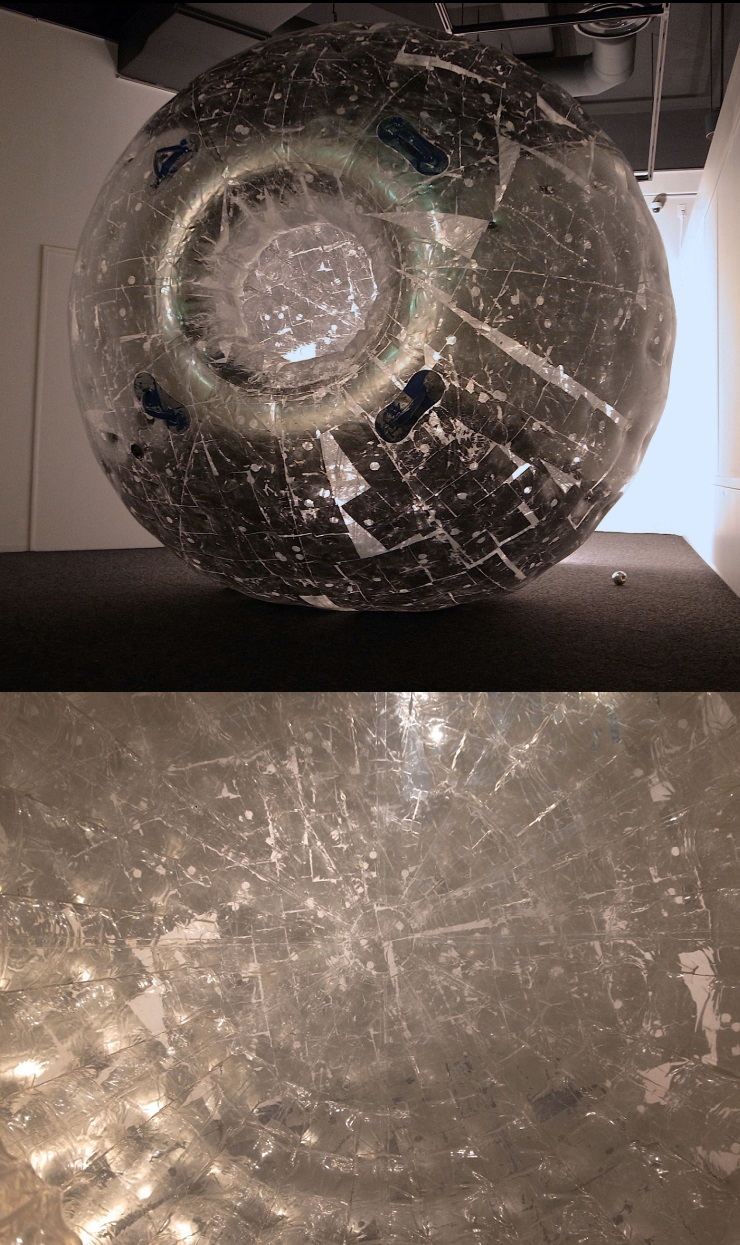 Celestial Globe (3 m in diameter), Yuji Ichikawa (2018), Thursday, 29 November-Saturday, 1 December. Apples have traditionally represented the human’s curiosity: a forbidden fruit, Newtonian apples, the Big Apple, and now muography that fulfills the human’s curiosity by disclosing mysteries hidden inside volcanoes and pyramids. Experience the principle of muography inside this globe. When you insert your head into the globe, you will experience the muon flux from the upper hemisphere towards your head in a form of scattered and reflected light. This work was created by using the traditional Japanese painting technique to bridge apples in the 21st century  to the human’s basic and intrinsic curiosity. 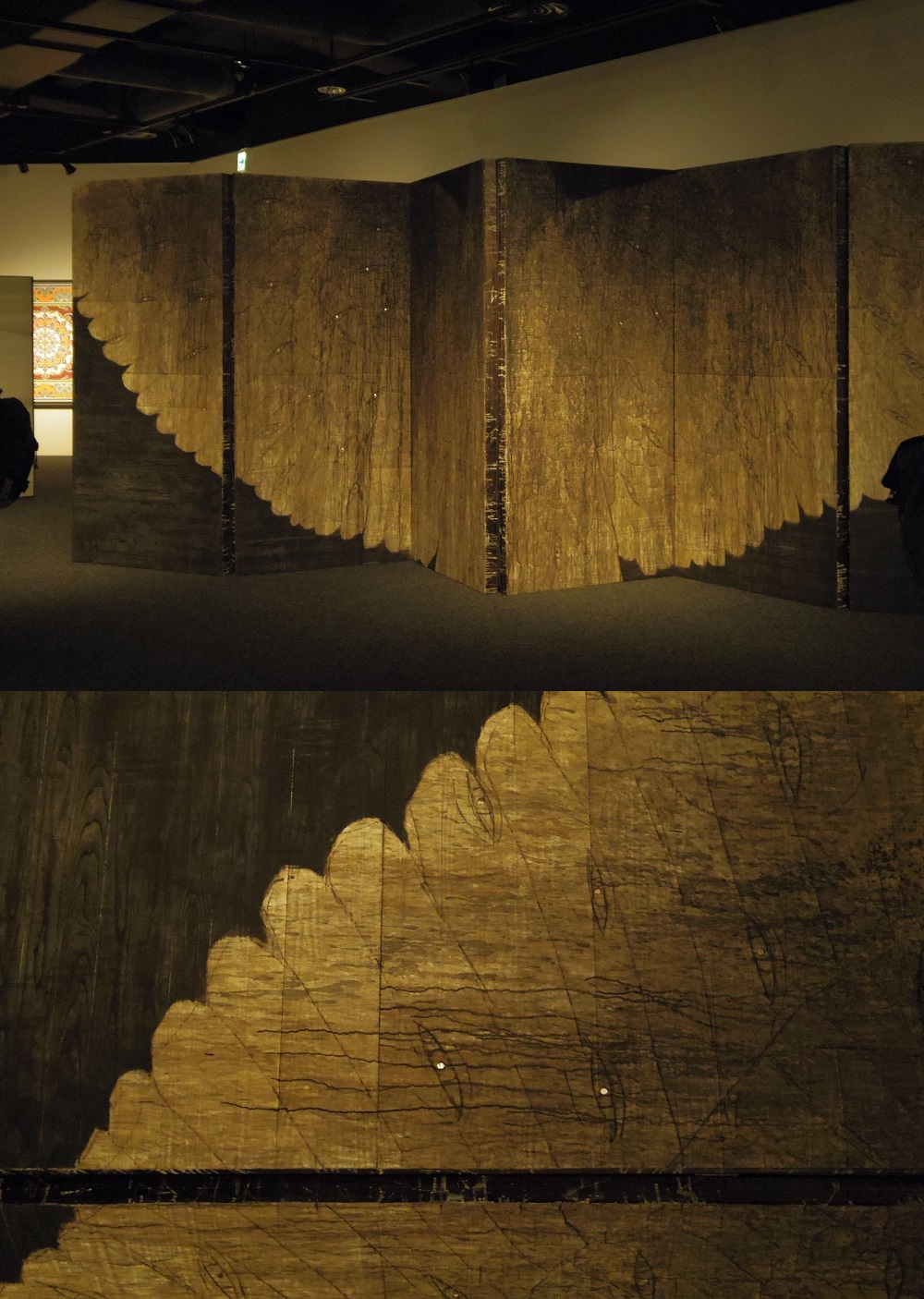 HOU2018 (Phoenix) (2 m by 5 m), Keizaburo Okamura (2018), Thursday, 29 November-Saturday, 1 December. The fenghuang’s body symbolizes the celestial bodies: the head is the sky, the eyes are the sun, the back is the moon, the wings are the wind, the feet are the earth, and the tail is the planets. There are a number of eyes with holes in this traditional Japanese wooden-made screen. The phoenix represents muography, the technique to image the Earth with particles originated from the Universe, and the eyes represent our new perspective to look through gigantic objects, the human’s curiosity to look through objects, and to reveal mysteries of the unseen world.

Born in Tokyo, Japan, 1958. Okamura completed his Doctorate at Tokyo National University of Fine Arts and Music (now Tokyo University of the Arts) in 1988. Well recognized in the world of contemporary Nihonga Japanese painting, awards include the 1987 Yamatane Museum of Art Grand Prize for Exhibition Excellence and the 1993 Most Promising Young Talent Prize in Fine Art Division of the Gotoh Cultural Award. His activities have raised his profile significantly in recent years, and in addition to a solo exhibition at The Museum of Modern Art, Kamakura & Hayama, numerous works by Okamura are held in the collections of major museums. In 2008, he won the Kaii Higashiyama Commemorative Nikkei Nihonga Grand Prize Exhibition, and is currently a professor at Tama Art University. 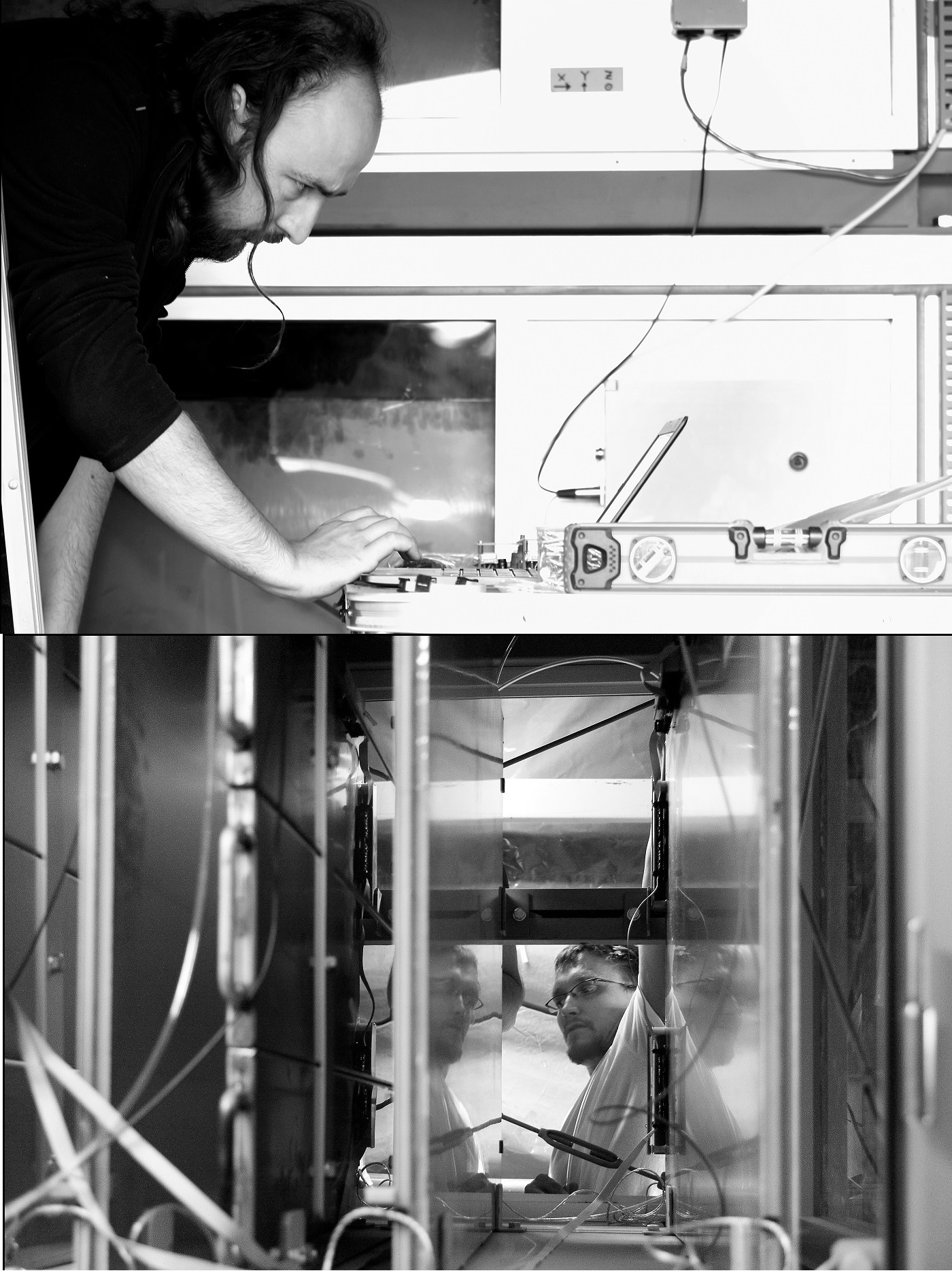 Miyazawa completed her photography study at Japan Design School in 1977. She has taken a number of photographs for Japanese magazines including AERA, SAPIO, Weekly Shincho. Her group exhibition includes,  “Internet Photogallery, Street Children in the Wolrd ”, SHIBUYA PARCO SPACED PART3, Tokyo, Japan. She lately published her own work in “To Dream To Reality.”